Optional classes are offered after school.

At CGK, we offer extracurricular classes after school (from 4:30p.m.) to develop the children's individuality and to meet a wide variety of needs.

For more information, see the article ."The Meaning of Learning Programming from an Early Age". 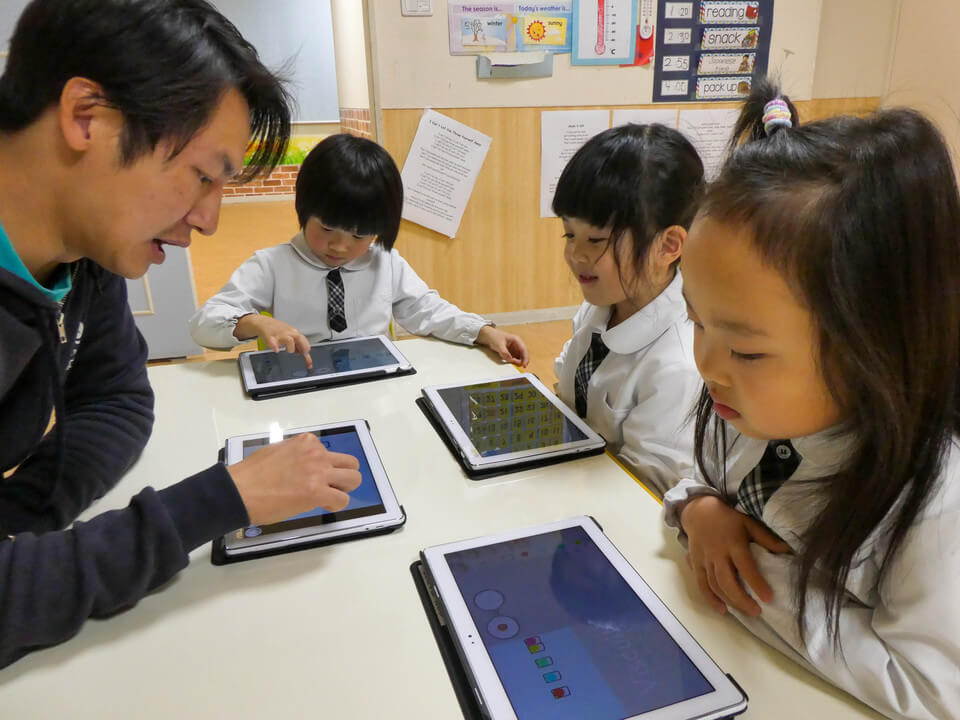 The Pygmalion Early Childhood Education Method has been adopted by Hama Gakuen (Hama Kids), which has the highest number of students accepted into Nada Junior High School, the most difficult junior high school to get into in Japan. Also, it has achieved an average standard deviation score of 60 or higher for its graduates.

This method increases finger, spatial, graphic, number logic and language skills, rather than simply cramming the students with knowledge. The goal is not to raise so-called elites, but rather to nurture the children’s ability to think for themselves by enhancing their intelligence and acute cognitive ability.

Although not specializing in "exam preparation", the reason why it has been so effective for elementary school and junior high school entrance exams is due to exam questions these days shifting away from "do you know or not know" to "think logically and derive answers on your own".

<From "Teaching" to "Learning">

This is in line with CGK's active learning philosophy, incorporating active learning not only in daytime classes but also during extracurricular classes has had positive results.

<From "Counting" to "Visualization">

This is the Pygmalion approach, which is well proven in numerical logic. With Pygmalion, numbers aren't "counted".

The student must be aware of the quantities involved, rather than mechanically arriving at the answer using certain formulas.

CGK is the first international preschool in Japan to adopt this method. 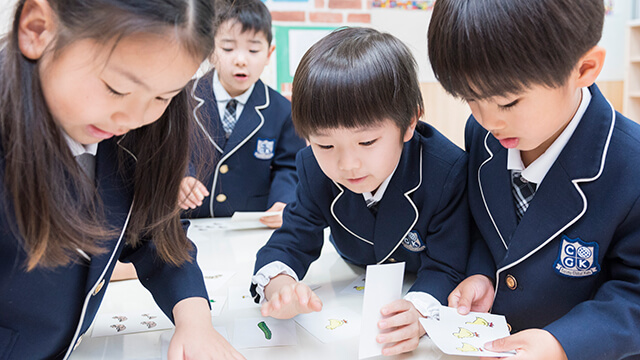 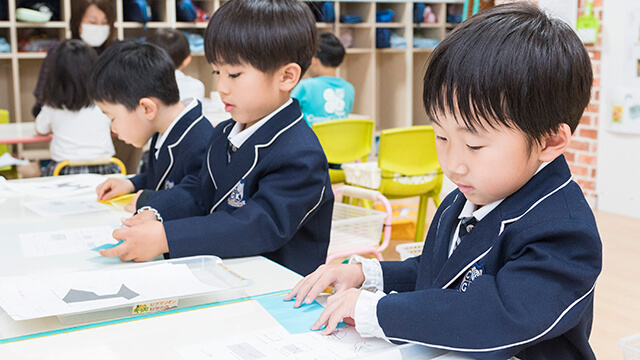 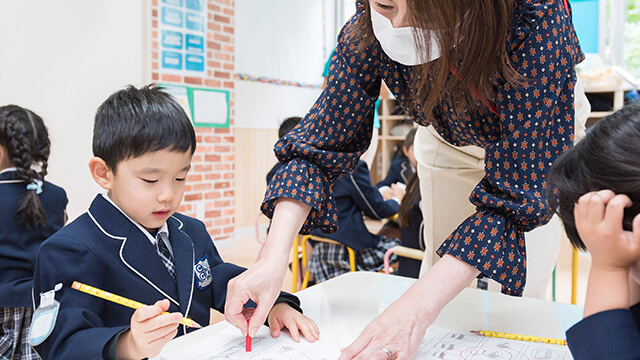 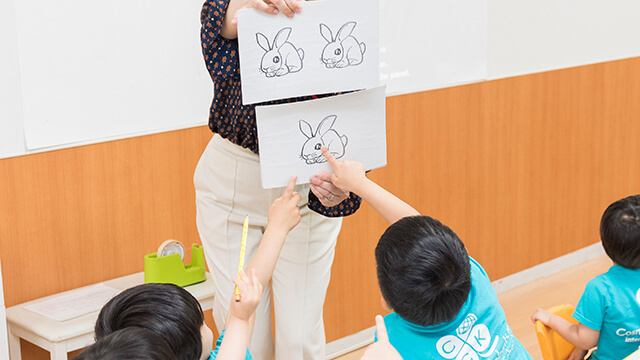 Our lessons focus on elements that are important to the growth process, not simply on improving dancing abilities.

Posture is the foundation of all movement. Correcting it not only has a positive effect on the body, but also improves concentration.
Learning to keep rhythm develops hearing and concentration, and trains the body to transmit and control commands from the brain to move their body in time to the rhythm. Keeping rhythm also leads to a sense of cooperation with those around them.
Finally, they learn to express individuality, that is, "self-expression". By expressing themselves to musical sounds, they gain confidence and a deeper understanding of themselves.

Once every three months we hold a "Dance Show" for parents to see their children's progress. (The above video shows the children dancing in the opening act of a play staged by Ms. Anna. Currently it is held once a year.)
Keeping the Dance Show in mind while they learn steps and formations during their usual practice sessions has a positive impact on their progress.

Our hope is that the lessons not only help them grow physically and mentally, but also improves their ability to express themselves and to communicate and develop mutual understanding with others.

Studied music and expression at YAMAHA Music since she was 3 years old, active as a dancer in classical ballet, jazz dance, tap dance, etc. Currently expanding her activities to include working as an actress and occasionally as a stage choreographer. Appeared in TV's "Mito Kōmon" and is currently on stage in a variety of shows, from contemporary dramas to comedies.

The goal is to help them become familiar with the question format and to learn how to answer, in this way they will be able demonstrate their abilities to the fullest. The course is taught by a bilingual Japanese teacher.