"Are We Alone in the Universe?"

Each project has a driving question and this project's question was "Are we alone in the universe?" Students were discussing, researching and learning with friends and teachers through this question. One project continues for three months and teachers guide lesson based on students' interests. 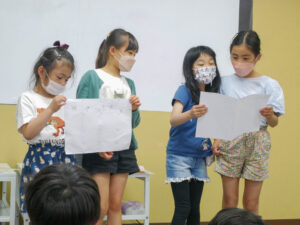 After that we discussed the difference between living and non-living. Students worked in groups to categorize pictures as being of something living or non-living. Identified the major fallacy that living things need to be able to walk and talk. 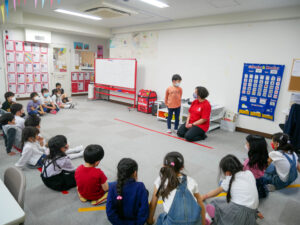 We introduced the NASA planet invitations and then had students work in groups to create brochures. The teacher put a chart on the board with the sections of the brochures. Students gave examples of what could be included in each section. Students then worked in their groups to finish their brochure designs. 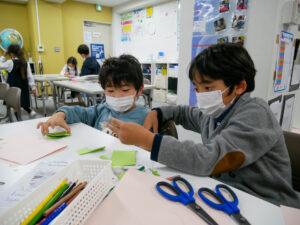 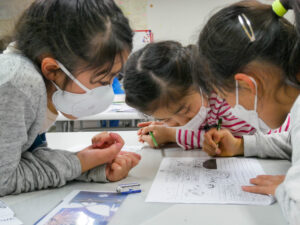 All groups seem to have found their direction now after initially struggling with having so many things to decide on by themselves. For the daily presentation first years were introduced to presenting with a microphone for the first time. The second and third years are very used to this but for the first years it was surprising for them and it will take a little bit of getting used to.

Students were given 20 minutes to finish anything they needed to relating to their final product and then moved onto practicing and organizing their groups for presentation. Some groups wanted to work with a teacher on a small script outline with plenty of opportunity for free talk while others wanted to do all the preparation by themselves. This is the first time a lot of them will be doing a final presentation so it is expected there will be a lot of nerves and having a small script outline that students have worked on with a teacher will especially help the first graders and those who are not as confident as others. 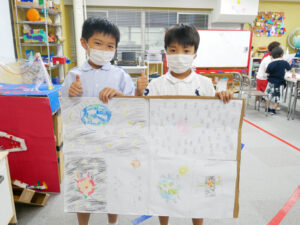 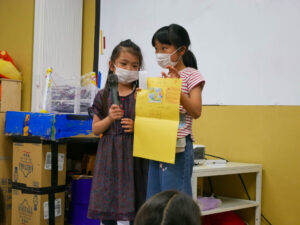 This week was the last week of project and we had a first presentation in this school year. Students presented their work and had a great opportunity of public speaking in front of their peers. This first presentation went really great for all students and we cannot wait for their improvement this year.