Horsing Around at the Equine Museum

Preschool June 26, 2017
We had the very special pleasure of visiting one of the museums that is very relevant to the station closest to CGK, Bashamichi; the Equine Museum of Japan!

This field trip marked the 4th time our Ocean and Jungle friends have adventured outside of CGK for new experiences and fun! The day was an extra special event because we could make some new -four legged- friends.

We left CGK promptly in the morning to start our journey. On our way we sang “The wheels on the Bus” and “Bingo” to carry the time. Once we arrived we were impressed by the beautifully groomed landscapes around the museum, and a horse statue that everyone pointed to when they noticed it.

We were greeted by the Museum staff in English, who then entertained us with cutting intricate shapes simply by making one cut on a folded piece of paper. It was really, really cool! 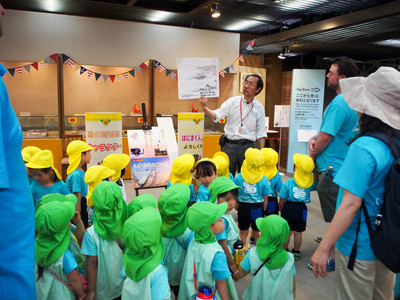 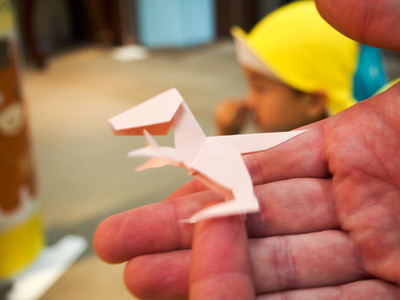 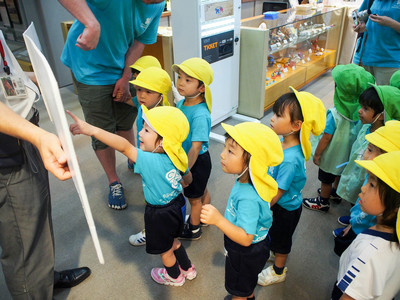 Next we were given the tour through the museum (again, in English!), and were taken first to a replica of a traditional Japanese house. The house had a stable connected to it, where a horse was kept. We could also see a trough where they would eat. The stable and house were very old looking, but it was very reminiscent of Japanese architecture.

As we excited the stable back into the main foyer, we were introduce to the samurai’s horse. It was not big, and not very beautiful, but we were assured it was very strong in order to hold a samurai and his armor. It looked like a cross between a donkey and a horse. 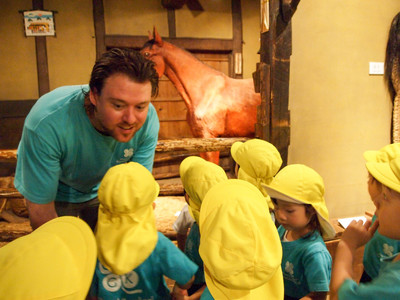 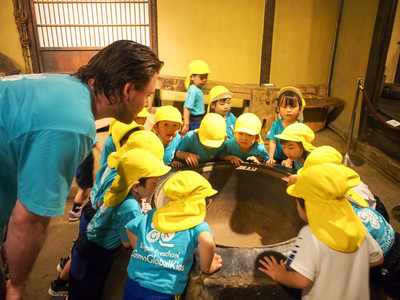 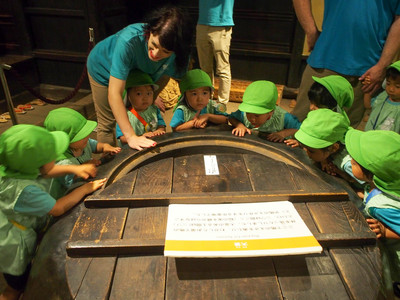 The next point on our tour was very special, as we could see the coach (Carriage) that people like the Japanese emperor and ambassadors used to travel in long ago. It was surprisingly beautiful, intricate and almost “modern” in design. It also looked very comfortable, although we couldn’t go inside to have a seat… 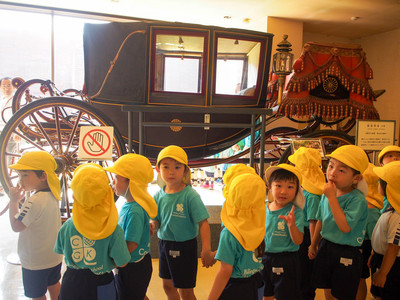 So we continued on to where we could see many horses and skeletons. I was surprised that the kids weren’t frightened at all. In this area we could see some different saddles (horse seats) that the students tried out. It was really fun, and we made sure everyone tried yelling “Yeehaw!” Next we also saw an animatronic horse that we could interact with. It could show its emotions with its ears at the push of a button. We tried out “Frightened, worried, fine” before leaving to feed some non-robotic friends. 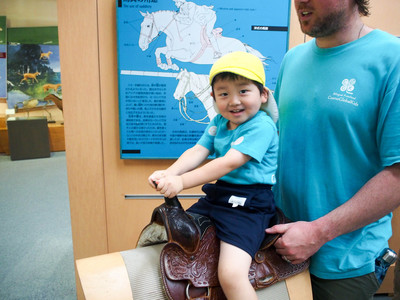 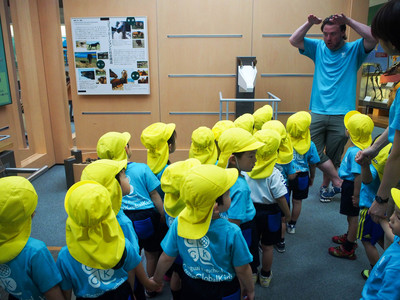 We promptly exited the museum into the already scorching morning sun to go find the stables. Once we made it there we were introduce to “Good-bye Lady”, one of the senior racing horses that lives at the stable. She was very relaxed and I could tell very happy to receive some orange treats. One by one each of our CGK students had the chance to greet her, and feed her a delicious carrot, and finally give her a nice pet on the side to seal the newly formed friendship. Meanwhile, we could watch some of the horseback riders practice riding in the area behind us. 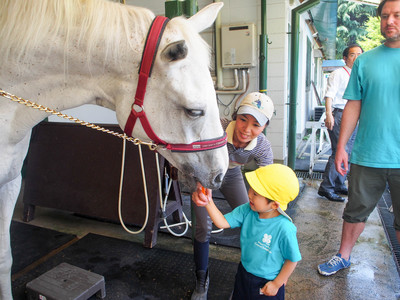 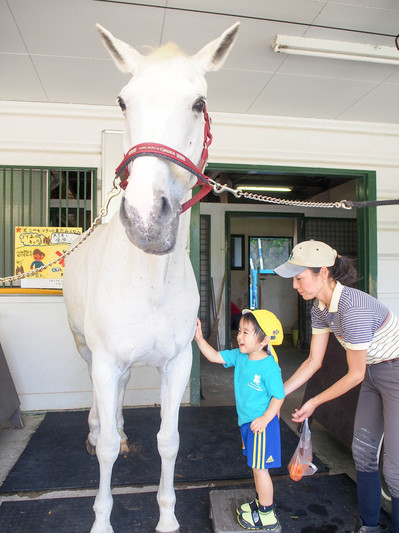 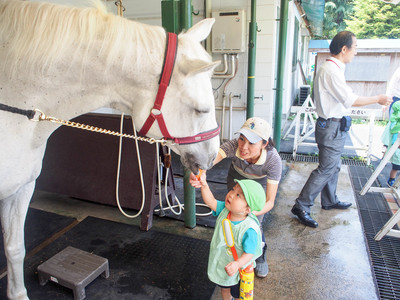 Finally, after all of this excitement we made our way back to the bus and then back to GGK. Everyone was surprisingly tired after all of the excitement, but of course very ready to devour their lunches when we did finally make it back.

All-in-all, it was a very unique and fun experience that was a healthy chance to form trust, as they don’t often get to interact with large animals. We could tell that the students were a little scared to begin with, but could calm down a little after spending some time with Good-Bye Lady and her stable friends.