Job Training with Sky and MountainPreschool2022.06.20

A quick recap of Job Training with Sky and Mountain: since this is their second time around, the Sky friends have had the honour of guiding the new Mountain class through their first month of Job Training in the same way that they were shown the ropes last year.

Just like older brothers and sisters, they guided their underclassmen with class and gave them a good impression of how a “serious” student behaves. They communicated effectively using their words, modeled and gave examples of what to do, and even held their hands sometimes! 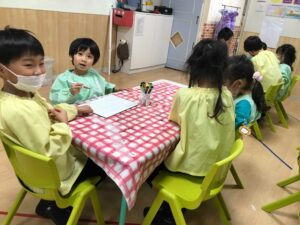 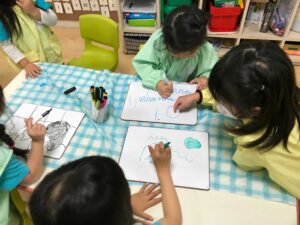 We had workshops before and after each class where we talked about what the students did well, what they could improve on, how they would talk to the Mountain Class next time, and the best way to encourage the Mountain class to try. 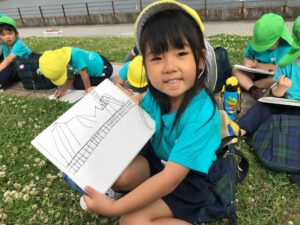 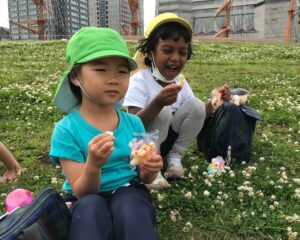 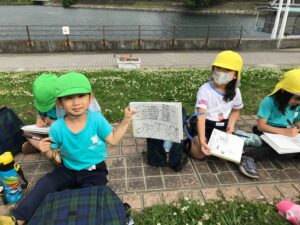 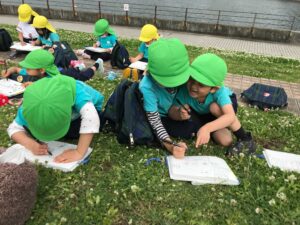 The class had lots of opportunities to practice new drawing styles, expressive pictures, abstract pictures, realistic pictures, and some symbolic sketches as well. As much as the students learned through their lessons, they also learned a lot through their social interactions, both of which are equally important to their development. 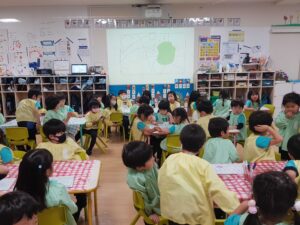