CGK is the first international preschool in Japan to adopt this.

The Pygmalion Early Childhood Education Method has been adopted by Hama Gakuen (Hama Kids), which has the highest number of students accepted into Nada Junior High School, the most difficult junior high school to get into in Japan. Also, it has achieved an average standard deviation score of 60 or higher for its graduates.

This method increases finger, spatial, graphic, number logic and language skills, rather than simply cramming the students with knowledge. The goal is not to raise so-called elites, but rather to nurture the children's ability to think for themselves by enhancing their intelligence and acute cognitive ability.

Although not specializing in "exam preparation", the reason why it has been so effective for elementary school and junior high school entrance exams is due to exam questions these days shifting away from "do you know or not know" to "think logically and derive answers on your own".

<From “Teaching” to “Learning”>

This is in line with CGK's active learning philosophy, incorporating active learning not only in daytime classes but also during extracurricular classes has had positive results.

<From "Counting" to "Visualization">

This is the Pygmalion approach, which is well proven in numerical logic. With Pygmalion, numbers aren't "counted".

The student must be aware of the quantities involved, rather than mechanically arriving at the answer using certain formulas.

CGK is the first international preschool in Japan to adopt this method.

*Smaller groups are also available as an option for extracurricular classes. Smaller groups allow your child to learn in a more focused manner according to their abilities and progress. 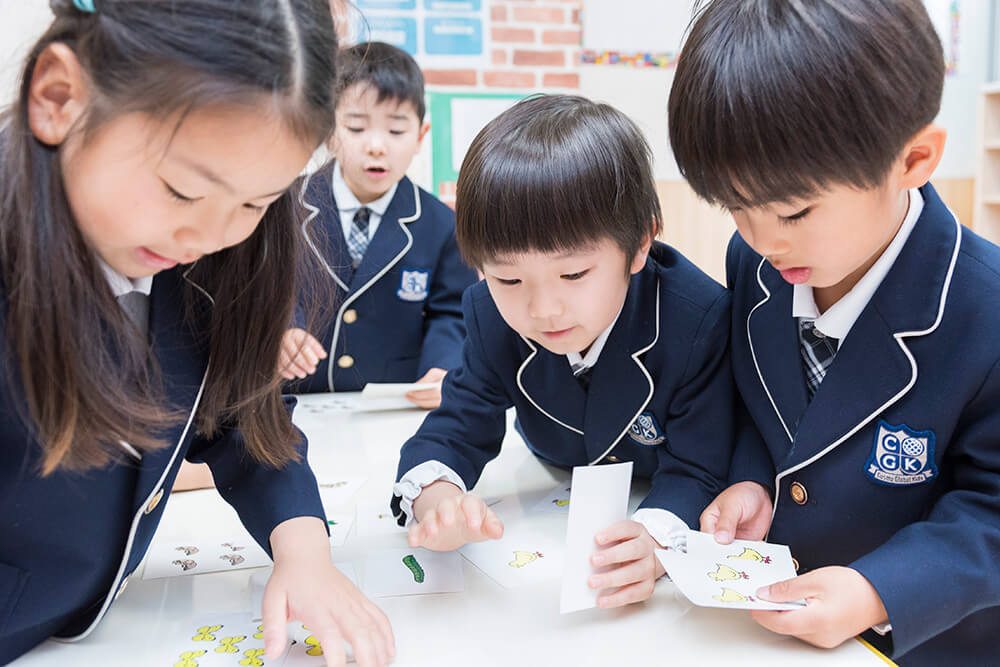 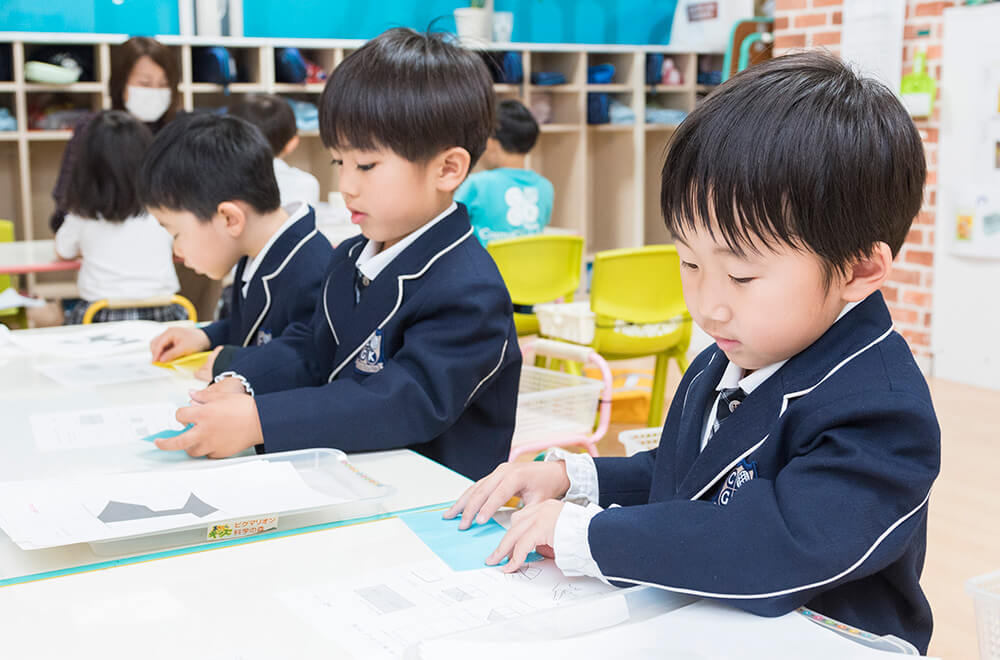 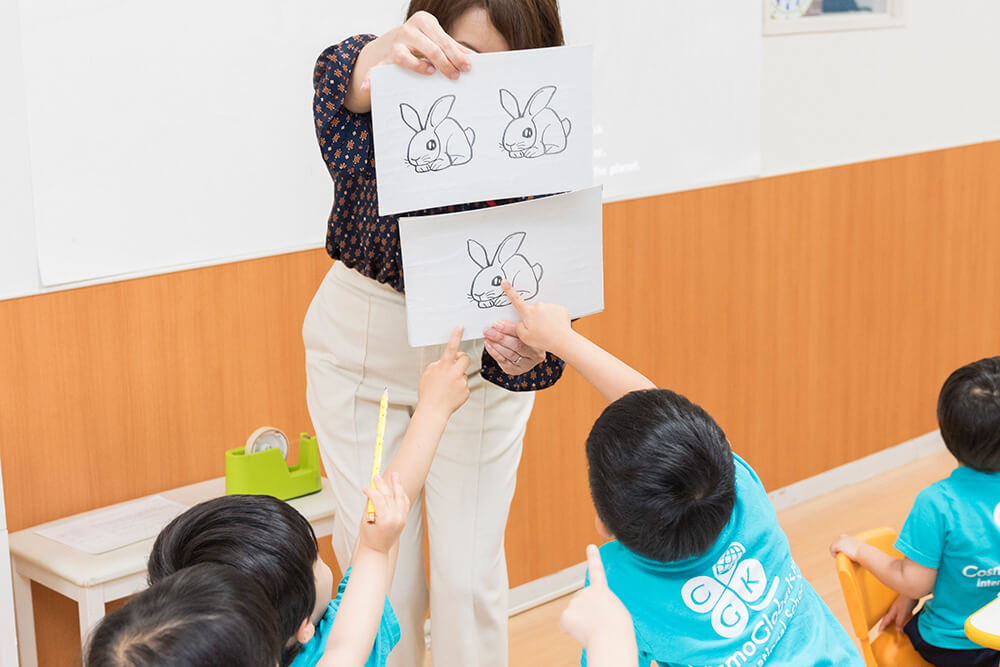