As part of Sky (5-year-old) friends' lessons in December we asked for any children's clothes that they may not need anymore and were willing to donate. We collected these and donated them as CGK to the Salvation Army Japan Bazaar.

The Salvation Army are an international charitable organisation. They are present in over 100 countries, running charity shops, operating shelters for the homeless and disaster relief, and humanitarian aid to developing countries. Since 1969, they first operated a flea market in Tokyo. Now it has become a bazaar in Suginami-ku and Koto-ku. The bazaar receives donated items which they sell. All profits received are used for their charitable programmes.

The purpose of this event was to help the Sky friends think about how they can give back to others. As part of their job training, Sky friends considered the role of Santa and how giving is more important than receiving. Also, at CGK we teach the children not to be wasteful. We reviewed the basic 3Rs: reduce, reuse, and recycle. Having the children donate their old clothes allows them to see how their old clothes can be reused. Finally, as the weather is getting colder, we want the children to consider if they are sufficiently warm or not. Helping others keep warm also allows them to think about if others are able to keep warm or not. 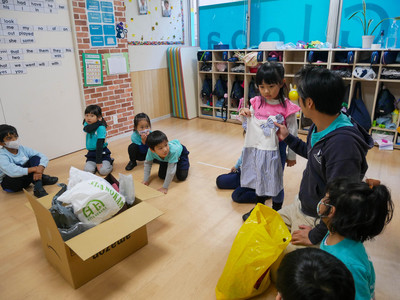 It did not take much time for Sky friends to understand the ideas and the importance of it. The Sky classroom quickly filled with bags of donated clothes. What took some time was separating the emotional connection to the old clothes. This was especially so as we went through the CGK soft toys to select those that we could also donate. As a lot of the toys accompanied the Sky friends from their very first days at CGK, it was hard to choose the ones that the Sky friends could say goodbye to. 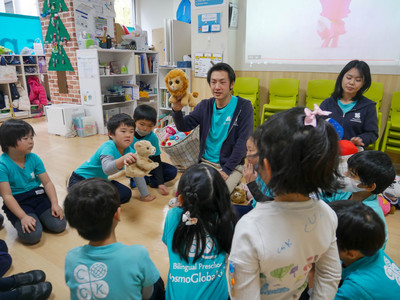 In the end we sent four boxes full of clothes and toys which will hopefully aid in helping others. This was the first time that we held such an event at CGK. We were able to do so because of everyone's generosity and support. We hope that we can hold similar events in the future. 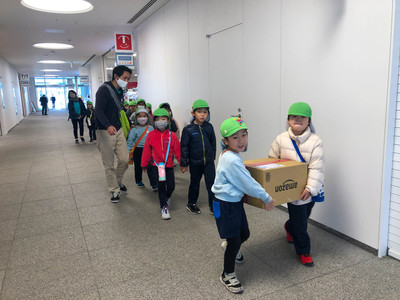 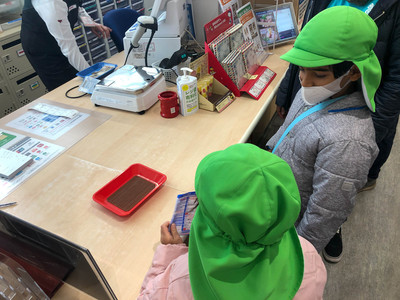