Preschool 2018.03.31
This year’s English show was a lot bigger than last years as we had a lot more students participating! The children played and practiced hard for the performance. 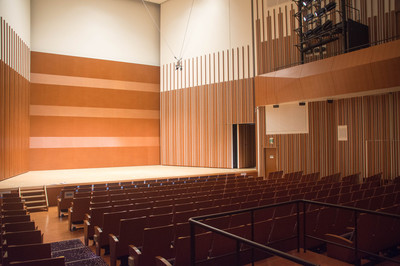 The Ocean (2 year olds) class came up with their own original story based on the members of a shark family. The baby shark, the mommy shark, the daddy shark, and the grandma sharks all hid, and the grandpa sharks found them! They sang their own version of the song which corresponded to their character and then said something in English. Baby Shark has been a favorite song of the Ocean class this year, so they were glad to have the opportunity to act out a story. They all looked so cute in their little shark hats! 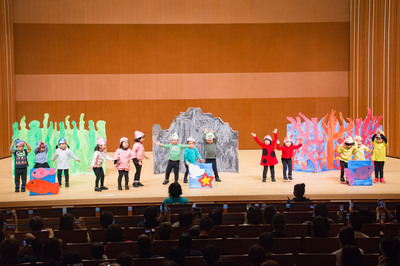 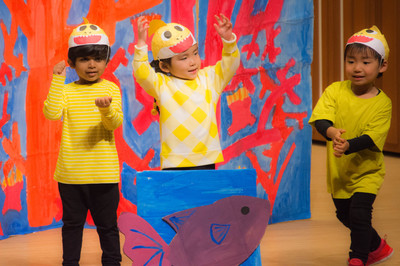 The Jungle (3 yera olds) class did their own rendition of the “Billy Goats Gruff.” The play included several trolls, little goats, medium goats, and big goats, as well as six narrators that took the form of bees, turtles, and flowers! The narrators came out in pairs to set up the story until the scary trolls shushed them and they ran away. The little billy goats wanted to cross the bridge, but the hungry trolls waiting under the bridge wanted to eat them. They begged for their lives and suggested that the trolls wait for the bigger goats. The same happened with the medium billy goats, until finally the big billy goats defeated the trolls and joined their brothers and sisters on the other side of the mountain. Each child had a line to say for the play! It’s a good story with a hidden moral lesson about being too greedy! 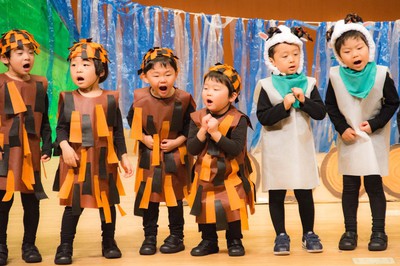 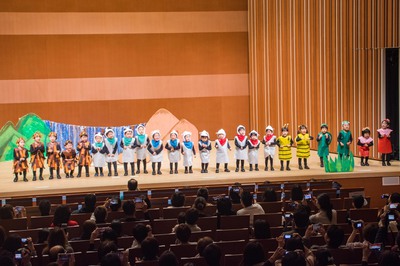 Even during play time the children often wanted to dance or reenact the play. They really like imaginative play but still prefer to use stories and characters that they’ve already learned. Even after the actual performance, the children told me that it was fun and that they wanted to do it again!

After both classes finished their plays, the Jungle class and the Ocean class went out together to sing two songs together: Do Re Mi Fa So Lat Ti Do and The Action Song. 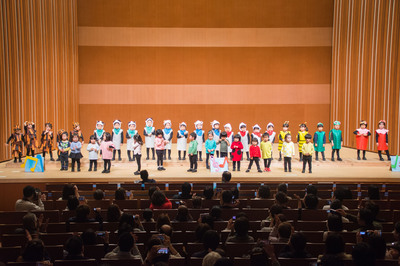 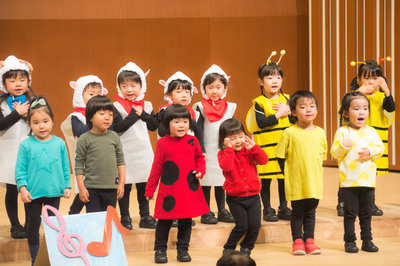 The next school day, I asked some of the friends what their parents said, and they proudly recounted the compliments that they had received. They had a great time and did a great job, and we certainly have our work cut out for us trying to top it next year!