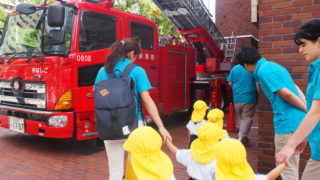 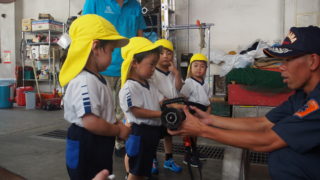 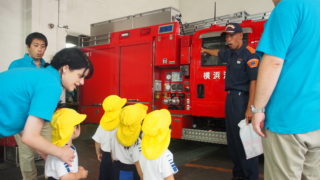 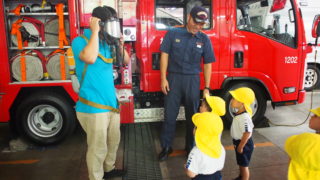 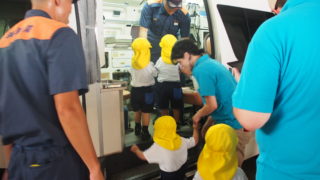 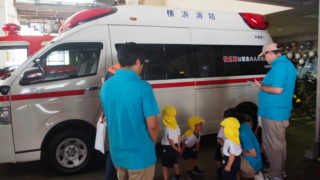 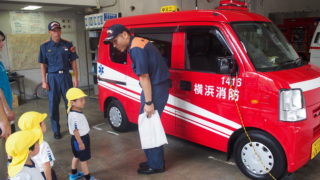 On August 8th, we visited the Yokohama Naka-ku Fire Department Station. The students were so nervous to see so many new people and the amazing fire trucks and engines.

First the fire fighters showed us the fire engine which holds all the water, hoses and nozzles. The students even got to hold the nozzle and feel how heavy it was!


After that, we looked at an ambulance. The students were so surprised to see one up close. The fire fighters were nice enough to let them go into the ambulance and see the equipment and bed inside. The fire fighters explained how this vehicle goes to help sick people not fight fires that is why it is a different color than the fire engines and trucks.


Then after the ambulance, we were shown the smaller fire truck used for narrow streets and hard to fit location that the bigger trucks can get into.


Lastly, we took a picture in front of the big ladder truck and said thank you to the fire fighters for letting us visit and showing us so many vehicles. They gave us some cool presents and we were on our way. But our field trip did not end there! 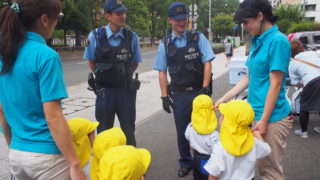 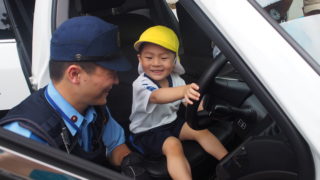 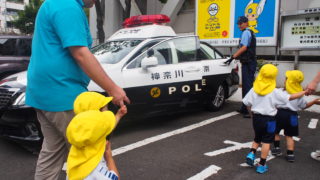 The Yokohama Naka-ku Fire Department Station is right next to the Police Station so we asked the police officers if we could look at a police car or something and they say yes!


Our kids play with all the cool gadgets they have inside. They showed us the back seat, where all the criminals sit, and the front seat, where the police officers sit, and even let us play with the loud speakers and siren.


The students enjoyed saying, “Hello” and their names over the loud speaker. And everyone got to sit in the driver seat and play with the steering wheel.


We said thank you to the nice police officers who let us see the police car and then waited for the school bus to come and take us back to CGK. It was a really cool field trip and everyone had fun, including the teachers!