Preschool 2018.03.05
For our job training during February and March, we are learning about scientists. What a scientist actually does varies so much depending on the field and is so complicated that sometimes adults aren’t even sure what they do.
So, we decided to stick to the most basic principle: take a guess about what will happen if you do something, and then try it. 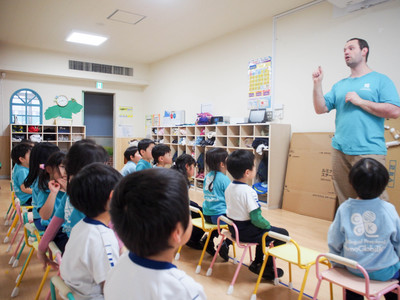 Besides helping the children get a basic grasp of physics (and being really fun!), this shows them that things are not random and that, unless something happens to the maze, the marble will generally roll the same way every time. They also got the chance to work together as a class, and they made two separate marble runs with the assistance of the teachers. 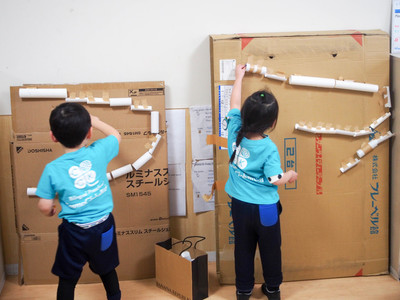 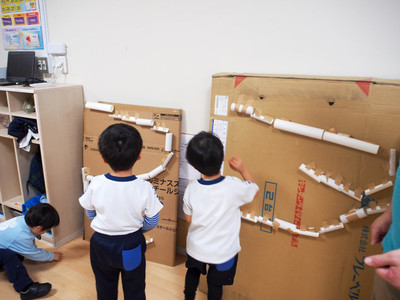 They were delighted! Even after everyone had gotten to put two rolls on, many of them were begging for another chance. They could not wait to try to make it go further, and then towards the end they tried to make it stop! Then they all got a chance to put a marble in at the end so they could see the complete project for themselves.

What amazed me the most is that after we gave them a space on the wall, all of the children worked together to make one of their own! It was somewhat functional, and it went straight down and then curved near the floor. Of course, there were some minor issues because they haven’t yet learned how to make small adjustments when one is pushed out of place or how to properly seal the cracks between rolls, but it was amazing for three and four-year-olds, especially since it was the first time they tried it!

The kids all remember the marbles and I think they will eagerly await the next science experiment.