Preschool 2018.09.05
At the end of July we had one of our biggest events, the summer festival! The teachers worked really hard to prepare everything and the kids, as always, were really excited about it. We had a lot of games and events and we really hope that everyone had as much fun as we did!

In order to keep it from getting too crowded, and in order to let everyone play the games close to their skill level, the Ocean and Jungle friends (2 and 3-year-old classes) went to a morning festival and the Mountain friends (4-year-old class) went to the afternoon event.

First, we had a surprise taiko drum performance from our guests, Shokora! They gave us an amazing performance and even a dance that captivated the kids. After we finished, the kids even got to go try for themselves! Drums are one of the more popular instruments for the CGK children as, despite melodies being hard, most kids have a good sense of rhythm! 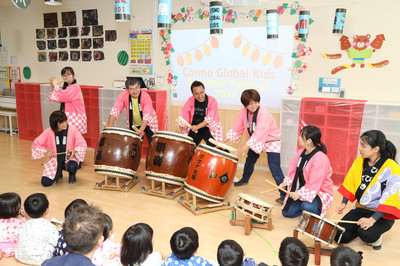 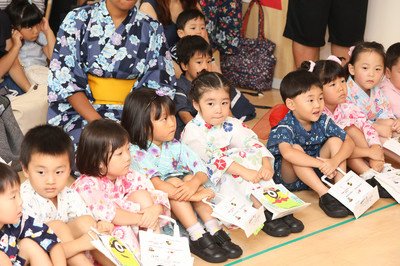 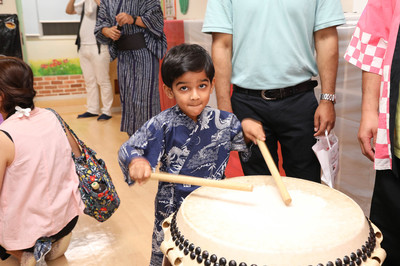 After the taiko performance, we all took a picture together. We had our photographer take a picture of the parents, children, and teachers all together! 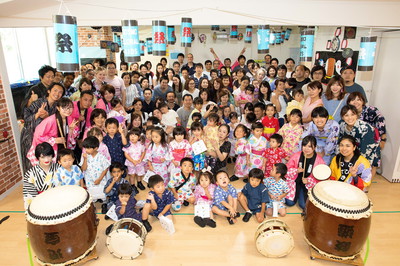 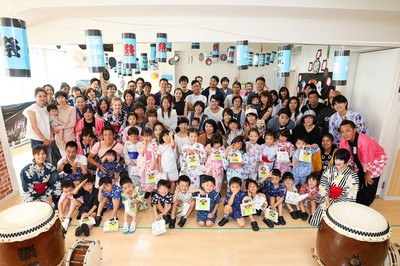 Once we were finished taking pictures the kids got to play a variety of fun games! “Blast Off” was a rocket game wherein the children shot the rockets through the holes. They used rubber bands to pull the rockets back on a stick, then aimed and released them as they flew through the targets (hopefully!). When I asked around about their favorite activities, the “rocket game” was one answer I remember receiving! 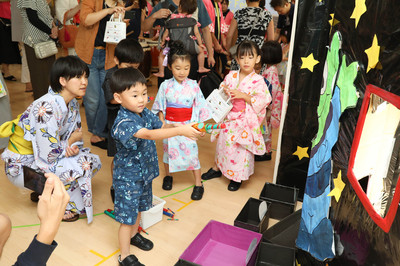 We also had a “Snack Lottery.” This is perhaps a common activity in Japan, or at least a variation of that activity! The kids had multiple strings to choose from, and the snack they got depended on which string they chose to pull. Once they chose, they pulled the string and got to see which they got. They all got excited about snacks!!! 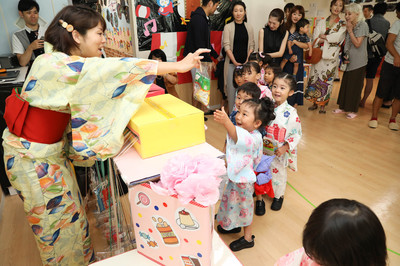 The “Flying Takoyaki” game was a test of strength and a test of control. They hit the target with a hammer, and depending on how hard they hit it the takoyaki would fly to the boat-shaped container. The kids did a great job of adjusting. Some of them had a hard time mustering up the power, and some of them hit it so hard that it went flying to the ceiling! They got through it in the end and had a great time. 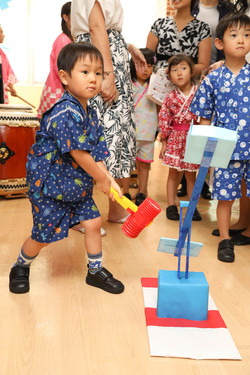 “Treasure Hunt” was a unique game that involved them walking around at the bottom of the sea looking for treasure. They had to look through the paper to find some amazing treasure! The ocean was represented by an inflatable pool, and the kids really like to see if they can find things! 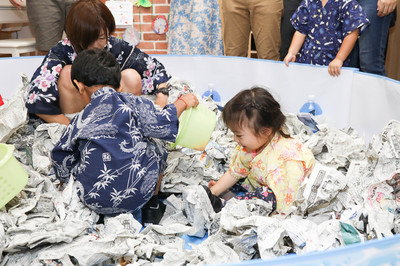 The other game is a classic in the West as well as in Japan. It is “Whack-A-Mole,’ although this version included both a mole version and an alligator version. The kids got to use a hammer, but this time rather than a test of strength it was a test of speed. When the moles/alligators poked their heads out, the children hit them with a hammer. The faster they hit, the faster the animals retreated and returned! 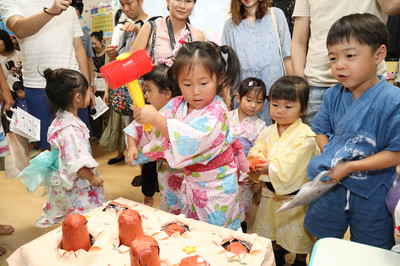 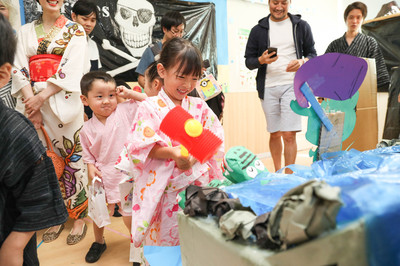 After game time we had a bon dance. The kids had actually practiced the bon dance a lot and already really enjoyed it. They especially liked the part where they got to swing their fists in a circle. It was amazing how good of a job they did even though they’re so small! When practicing, we often heard them ask us to do it once more, and sometimes in the morning during play time it was requested. 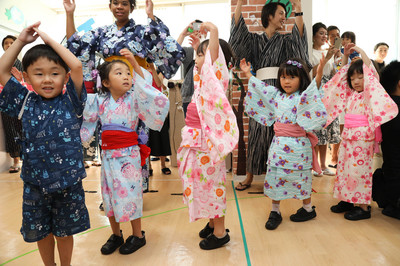 Finally it was time to go, and after briefly talking to/taking pictures with the teachers our friends made their way out. A lot of smiles, laughter, and joy could be seen at the summer festival, so we hope that everyone will come back again next year! 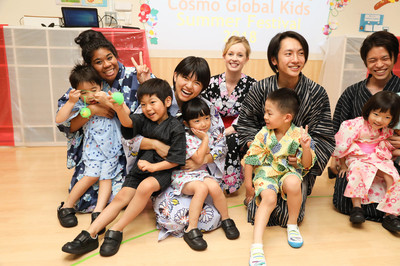 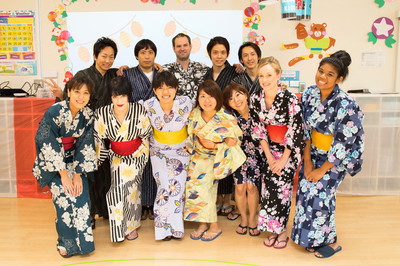