Preschool 2018.03.19
When we think of science experiments for kids in the west, we almost always think of the always popular volcano. We decided to share this activity with our children, and as expected, they loved it!

They already knew the word “volcano,” and that Mars has the largest volcano in our solar system. Most of them also knew the term “lava,” and they saw some volcanoes erupting on youtube. One of our teachers fashioned a volcano from paper and used a small, clean food container to hold the ingredients.

First, we showed them all of the different items that we would be using. We had a measuring cup, plates (to put the volcanoes on), food coloring, baking soda, dish soap, handmade volcanoes, and a mystery liquid! The children looked at and smelled the mystery liquid (which was actually vinegar). The children weren’t sure what it was, so they started calling it the “secret juice.” 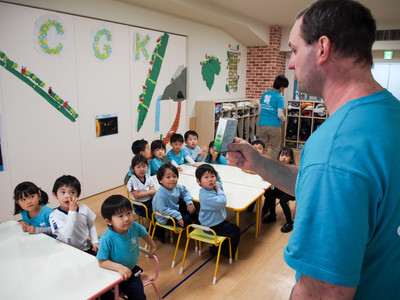 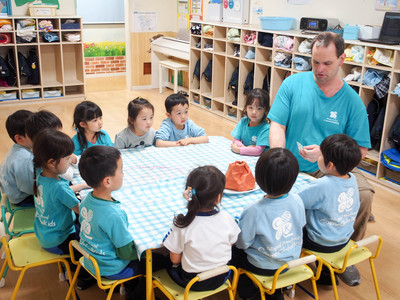 The children helped the teachers initially, adding dish soap and baking soda. After we had the base ingredients, we had to alter the color, because no volcano I’ve ever seen spews white lava! So, they added food coloring. We experimented with different ratios of red and yellow to try to get that light red or orange color that is so characteristic of lava. We let every child participate and have a task. They did a great job! 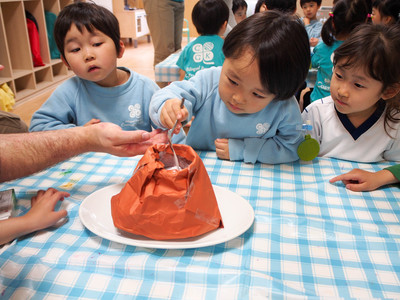 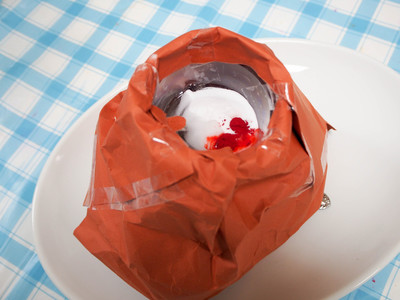 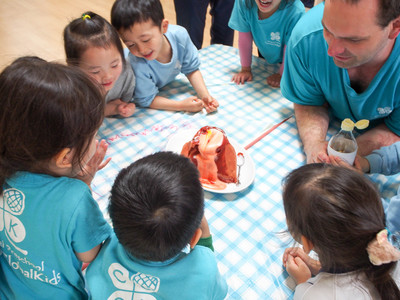 It left a lasting impression, and now the children talk to me about volcanoes sometimes. When we looked at the flag of Costa Rica, they noticed the volcanoes on the coat of arms.

We’re not finished yet, and now that they’ve started to remember what kinds of things a scientist is interested in I think they’re looking forward to our next experiment!