From June to August, Sky class (5 year old class) has been learning about the abundance of the oceans, as well as the current situation in which such abundance is no longer taken for granted and what we can do about it. This is mainly based on SDG Goal 14: "Let's protect the abundance of the oceans". Through the aquarium tour and sea creature crafts, we have recognized that the ocean is an important home for living creatures and that it provides us with great blessings in our daily lives. As part of the lesson, this time we held a workshop on "Making a Kaleidoscope of Microplastics" with the cooperation of Kanagawa Kaigan Bikazaidan (Kanagawa Coastal Beautification Foundation). Two staff members from the Foundation, Ms Masae and Mr Kenji, came to the workshop and showed us a video of a baby dolphin, K-chan.

The students had learned in the previous lessons that discarded plastics were causing suffering to the creatures, so they watched the video with serious expressions. Then, trays full of colorful microplastics were placed on the tables. 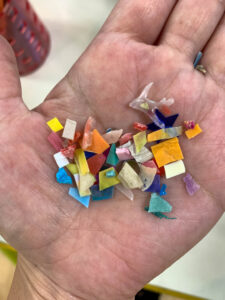 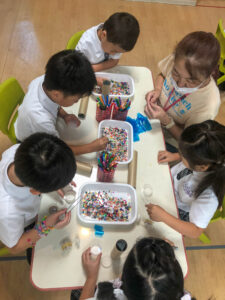 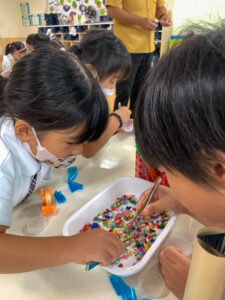 The students were delighted by the colorful appearance, but when they learned that they were indeed "microplastics," they were surprised how small they are. "Why are they so small?” “How can it get so small? and "Will they stay in the sea for so long?” The students were especially excited to choose the contents of the kaleidoscope, but there are so many different colors and shapes of microplastics that the students had a hard time deciding which color to use. It made us keenly aware of the large amount of irresponsibly discarded plastics that is drifting through the ocean. We learned through this hands-on experience that the marine environment is being destroyed by human hands, and that this has an impact on sea creatures and us humans. 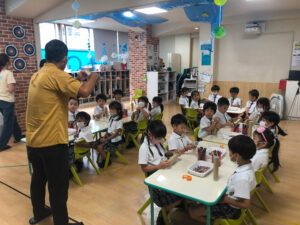 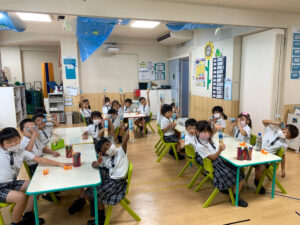 They also talked about what we can do to improve such an environment. We realized that there are many things they are already doing, such as bringing their own water bottles instead of plastic bottles, separating garbage, and picking up trash in the community, and that they should continue to do so. It was a great find that we were able to support the students’ experience of becoming aware of the SDGs through their own learning. 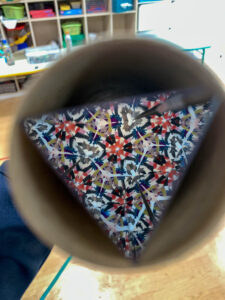 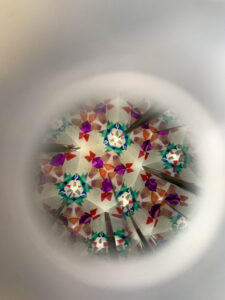